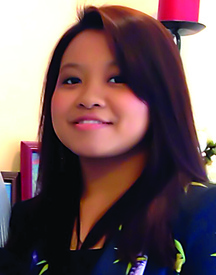 Monica Ngunrempar Uk is Chin and was born in the capital of Mizoram, India. Her parents are both from the Chin Hills in Myanmar. Monica and her family came to the United States in January of 2000 and now live in Maryland. Having graduated with a Bachelor of Arts in Biology and Chemistry from Hood College, Frederick, Maryland, in 2009, Monica is currently working on a Master's degree in Biomedical Science and works full-time as a scientist at a biotechnology company in Maryland. Her commitment to Christ and involvement in church came at a young age and have always been a big part of her life. Currently, Monica is a member of the Chin Baptist Mission Church (CBMC) in the Washington, DC area. She has been part of youth leadership there since 2005 and has served as the Youth Fellowship's secretary since 2010. Monica has served as a worship leader in the last three conventions held by Chin Baptist Churches, USA (CBC,USA). Monica says, “Singing has always been my hobby, and singing gospel songs has also brought me closer to God. Being part of a praise and worship team and singing His praises among other people for me is a way to serve God in a small way.” 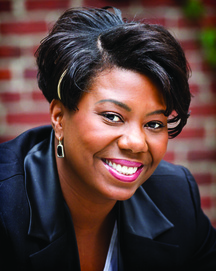 Eboni Fondren graduated from Ottawa University in Ottawa, Kansas, where her love affair with jazz music began. After graduation, she moved to Kansas City and found her way into the local jazz jams. These performances opened the door to work in the professional theater in Kansas City, where she has been seen in “Little Shop of Horrors,” “Hairspray,” and “A Christmas Carol.”

Fondren has been a featured artist at several local churches including Unity Village of Lee's Summit and Community Christian Church of Kansas City. Both of these churches play an active role in integrating local jazz artists into their praise and worship services as a means to bring the communities together. She has been a regular for Christmas Eve Services, Sunday Morning Services, Ministerial Graduation Services, and Community Jazz Christmas Carol Festivals for the past 5 years. It is very humbling and gives her great enjoyment when she gets the opportunity to give back to the community by sharing the gift that GOD has blessed her with.

Recently, Fondren embarked on her latest project with her new group, “Eboni and the Ivories,” and they are now making their way in the Kansas City music scene. They debuted their swinging-jazzy-soul-funk style at the new Chesterfield club in late 2012 and now they can be seen at some of the hottest clubs in town. 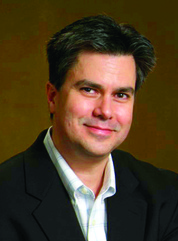 Hailing from a family of musicians, drummer Dan Bourquin says he has been interested in percussion for as long as he can remember. He and his son play everything from big-band jazz standards to modern fusion in the 18-piece Swing City Big Band, Canton, Michigan. They also play every Sunday in the Praise Band at First Baptist Church of Dearborn, Michigan, and regularly attend the annual music conferences for the Fellowship of American Baptist Musicians (FABM) at Green Lake, Wisconsin. Bourquin’s day gig is as an automotive electrical engineer with 20 years of experience. 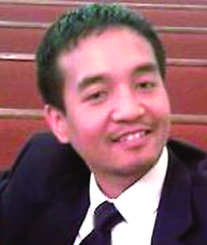 Originally from Burma (also known as Myanmar), Chan Hnin Thui came to the United States in 2000 and resides in Dallas, Texas. He graduated from the University of Texas at Dallas in 2006. He is currently a Youth Minister at Dallas Chin Baptist Church in Dallas, Texas, and also coordinates and leads praise and worship and the choir. He is a Master of Divinity candidate at Perkins School of Theology, Southern Methodist University, in Dallas, Texas. 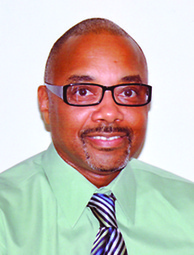 Del Lamont Coleman is a native of Coatesville, Pennsylvania, and a graduate of the Coatesville Area School District. He holds a Bachelor of Arts in Elementary and Secondary Music Education from Ottawa (Kansas) University and learned piano tuning and repair at Western Iowa Tech Community College, Sioux City, Iowa. He was organist and choir director at Second Baptist Church, Coatesville, for many years. Presently, he serves with the senior choir and Men’s Fellowship Chorus at First Baptist Church of Passtown in Coatesville. Coleman’s highlights include recording albums with the Ottawa University (OU) Gospel Quartet, as well as a CD of original songs by his sister, Cheri. He has accompanied many choirs and organized both the OU Quartet and the Tri-Tones of Coatesville, with whom he sings. He also performed at the White House during the Clinton Administration. Coleman loves the Lord and enjoys the gift of music that God has bestowed upon him. His favorite scripture is Philippians 4:13: “I can do all things through Christ who strengthens me.” 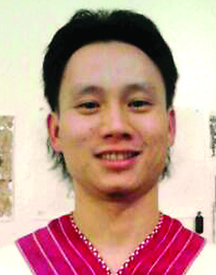 Thaw Tu Say is Karen and was born in Mae Sot, Thailand. As a result of torture and persecution by the Burmese army, Thaw’s family was forced to move to the Umpiem refugee camp in October 1999. As a small child, Thaw heard and experienced the gospel of Christ’s love from his Baptist parents. Thaw’s father, a Karen soldier, died in 2002. In spite of the challenges and difficulties of those years, through the loving support and inspirational example of his mother, Thaw graduated from high school in 2003. Thaw has three sisters and is grateful for their love and support. Thaw moved to Kansas City in May 2012 to find a job and support his family. He currently works with the youth group and leads music and worship at Grace Baptist Church (ABC) in Kansas City, Missouri. Thaw writes songs, plays guitar and bass and says, “Music is my life and my future.”